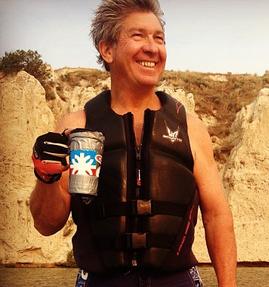 A native Missoulian, Steve is a licensed Professional Land Surveyor (PLS) in Montana (No. 9328LS) and has been president of Eli & Associates since 1998.  Over the past 40 years, Steve has gained experienced in nearly all facets of land surveying and has personally completed 60+ United States Public Land System (USPLS) section subdivisions and has recorded over 450 Certificates of Survey in Missoula County alone.  He has extensive experience with subdivisions of land, the use and application of subdivision exemptions such as family transfers, boundary line relocations, court orders, utility tracts, and townhome and condominium surveys.  Steve has also performed many mineral claim and Homestead Entry Survey (HES) retracements, American Land and Title Association (ALTA) surveys, and subdivision developments.  Steve specializes in conveying to our clients the many nuances of the process in transferring land title, relocating boundaries, and subdividing land.  He reviews all surveys produced at Eli & Associates to ensure the highest quality product for our clients.  When not in the office or out on a survey, you’ll find Steve on skis, either on the slopes of Montana Snowbowl where he works as a National Ski Patroller or out behind his boat on a local lake. 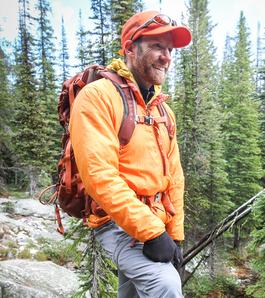 Joshua is a licensed Professional Land Surveyor (PLS) in Montana (No. 17516) and Wyoming (No. 15543) and has enjoyed serving as Vice President and head of field operations at Eli & Associates since November of 2016.  Joshua earned a bachelor’s degree in Geology from the University of Montana (1999) and completed the core requirements for a bachelor’s degree in Land Surveying from the University of Wyoming (2006).  Joshua’s diverse survey experience includes everything from small boundary retracements in the neighborhoods of Missoula to large-scale construction layout projects like Dave Gates Generating Station (Anaconda, Montana) and the Rainbow Dam Powerhouse (Great Falls, Montana).  For several years, Joshua took his survey skills further afield as a hydrographic surveyor and geological oceanographer in places like Cyprus, Chile, Greenland and Australia.  Joshua also had the honor of being on the offshore team that searched for the lost Malaysian airliner (MH370) in the southern Indian Ocean.  Joshua enjoys communicating the technical aspects of surveying to interested clients and helping people understand the value of having their land surveyed.  As much as he loves surveying, on weekends and holidays Joshua heads for the mountains where he enjoys backcountry skiing, rock climbing, trail running and paragliding.

Tom is a Professional Engineer (PE) in Montana (No. 49456) and joined Eli & Associates in July of 2017 as a Project Engineer. Tom earned his Bachelor’s Degree in Civil Engineering from the University of Wyoming (2009). Tom has a diverse background in engineering and surveying with his career starting in construction materials testing, soils lab work, geotechnical drilling, project coordination, and surveying in northern Wyoming. He spent two years in North Carolina working as a survey crew chief on projects that took him to military bases, energy generation sites, new building construction site, and boundary surveys throughout the south. Since moving to Missoula (2014) Tom has spent time working with the Missoula City-County Health Department (MCCHD), Ravalli County Environmental Health (RCEH), and the Montana Department of Environmental Quality (MDEQ) on subdivision review projects varying from single-lot COSA rewrites, sanitation lifting documents, to 30-lot major subdivisions. He has become well-versed in site evaluations, groundwater monitoring, septic, and well permitting in both Missoula and Ravalli Counties. Tom has also spent time on a wide variety of design projects including water main extensions, approach permits, and commercial and residential grading and drainage plans. Outside of the office, Tom spends his time rock climbing, cross-country skiing, travelling the country, and hiking with his fiancé Jamie and Golden Retriever, Hans.